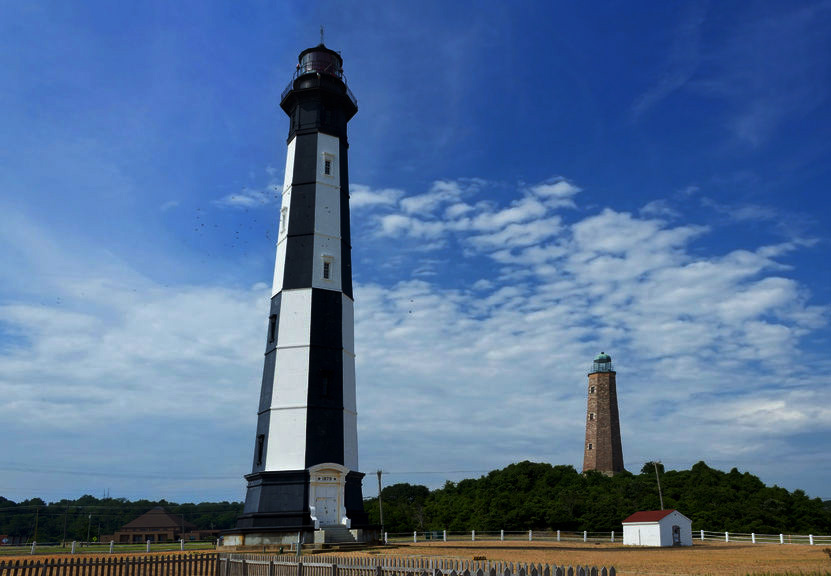 Locals are proud of southeastern Virginia’s rich history including the New and Old Cape Henry Lighthouses located just a few miles from Point Chesapeake on The Bay. In 1792, the Old Cape Henry Lighthouse was the first lighthouse to be commissioned by the U.S. government and stands near the site where the Jamestown Settlers first landed in 1607.  Built to guide maritime commerce at the mouth of the Chesapeake Bay, the original stone lighthouse was authorized by George Washington and construction was overseen by Alexander Hamilton.  After concerns about the old lighthouse’s stability, a second, steel-structured lighthouse was built in 1881. Maintained and operated by the U.S. Coast Guard, the light in the newer, black and white lighthouse still shines today. It sits at the site of Joint Expeditionary Base Little Creek-Fort Story.

While the new lighthouse is not open to the public, you can visit and climb the steps to the top of the original stone tower for spectacular views of the Chesapeake Bay and Atlantic Ocean.

For more details on these lighthouses and their history, visit these websites:
PreservationVirginia.org   |  Ten Lighthouses in Virginia  |  About Hampton Roads  | National Park Service